The Wire-ning of Premium Cable Programming

A few months ago, 2004 called me and insisted that I finally watch The Wire. After all, I’ve watched just about every other major premium cable show. And few received the critical acclaim that The Wire did. So I gobbled it up. I just completed it last night. There were many, many things I enjoyed about the show- too many to get into here. One aspect I enjoyed was seeing one actor after another that I was familiar with from other premium cable shows, popping up on The Wire. So many of the supporting characters on the show were so good at what they did that other shows around cable had taken notice. Here’s a list of where else you find these actors:

Williams played Omar Little on The Wire, one of the show’s most popular and recognizable characters. He nailed the role, playing the terrifying Robin Hood of Baltimore’s projects. It was with little surprise that HBO turned to him again when they had a meaty role in Boardwalk Empire for a character named Chalky White. Sure enough, one season is in the books of Boardwalk Empire and Williams is again playing a very memorable character. Indeed. 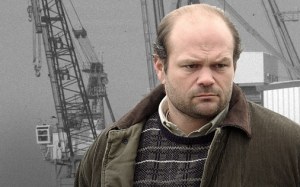 Bauer first showed up in season 2 of The Wire as Frank Sobotka, a high-ranking official in the dockworker’s union. I was talking to a friend about Bauer/Sobotka a few weeks ago and she pointed out how Bauer seems to turn up in TV and movies whenever someone needs a down-on-his-luck everyman sort. It’s certainly true as it pertains to his next premium cable role as Detective Andy Bellefleur on True Blood. It’s a shame that he’s typecast, but it’s also a credit to his acting skills that he keeps getting these roles. 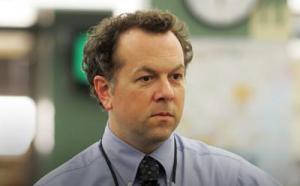 Costabile didn’t show up until season 5 of The Wire, but he was perfect as the mind-numbing spin doctor, Managing Editor Thomas Klebanow. It was an understated role- someone who was up to all sort of nefarious activity in terms of journalistic integrity, but also someone who couldn’t play the role in any kind of over the top way. So when Breaking Bad needed someone to play Gale Boetticher, a nerdy, quiet chemist who loves the opera, Costabile was tapped with the role. 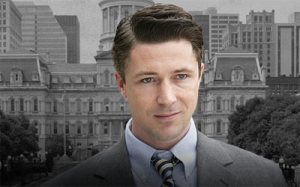 This is how well Gillen did as Mayor Tommy Carcetti on The Wire– he’s Irish. I was blown away when I found out about that. And like all British or Irish actors working in the States (see: Rome), he’s now scheduled to work in a period piece- Game of Thrones on HBO. I have little doubts that whether or not I like the show, Gillen will handle his role well.

One of the fun side stories on The Wire was watching Herc continually screw up and find himself one rung higher on the ladder because of it. Walk in on the Mayor, mid-fellatio from his secretary? Get promoted. Violate all sorts of lawyer-client confidentiality? The lawyer you burned thanks you. He looks the part, too- sort of a doofus-looking bald guy with a thick east coast accent. The folks at Entourage saw his good deeds and put him to good use as Dom, part of the gang’s crew from New York and a criminal. Typecast? Sure. I doubt he’ll ever escape the cop/criminal dynamic. But he does it so well.

8 responses to “The Wire-ning of Premium Cable Programming”