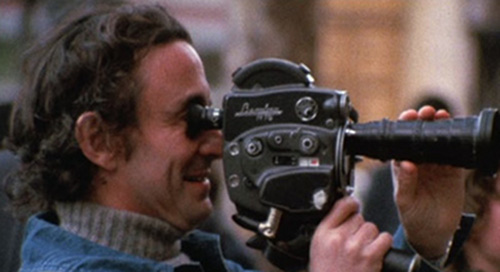 When you see lists of great directors, Louis Malle is often buried towards the bottom or excluded altogether. It flummoxes me every time I see it. It’s not that he’s viewed with any type of ill will. Most critics speak highly of his work. I can’t specify exactly what it is that keeps him from higher praise, but I’m a firm believer that he deserves higher standing. He’s one of my five favorite directors. Here are some aspects of Malle’s work that makes him stand out for me.

I tend to think that I repeat myself, so I try to resist the temptation to return to what I have already explored.  -Louis Malle

While most auteurs have a specific style and specific genre where they make their hay, Malle did no such thing. That’s the odd part of the statement quoted above. He almost never repeated himself. He worked hard to avoid being pigeonholed. He made film noir; French language drama; English language drama; gangster films; documentaries in three countries (France, India, and the United States); whatever the heck My Dinner with André was (it’s the only Malle film I’m not a fan of); and short films.

And he made good films- even great films- in each new genre he tackled. Think of the true auteurs (the Bergmans and Kurosawas and Hitchcocks and Godards of film history) and how much they broke from their own conventions. It was rare. Now think of the times they did so successfully. It’s even more rare. Malle did it with seemingly every film he made.

Taboos
There have been few filmmakers who willingly tackle taboo topics the way Louis Malle did in his own oeuvre. Even the filmmakers today who dare to make shocking content are working in a completely different environment where “taboo” doesn’t have the same teeth that it did in Malle’s day. He’s made films about suicide (The Fire Within); incest (Murmur of the Heart); child prostitution (Pretty Baby); sexual freedom (The Lovers); and Nazi collaborators in France during the occupation (Lacombe Lucien), just to name a few. 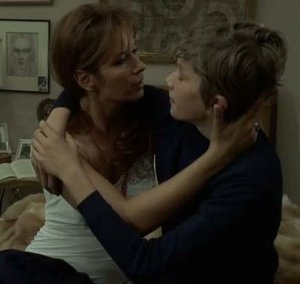 The expression “I know it when I see it”, used in reference to pornography, came about because of a Malle film. His film The Lovers caused such a stir when it was shown in Ohio that the theater owner who showed it wound up going to court. It was in the concurring opinion that Justice Potter Stewart said, “I shall not today attempt further to define the kinds of material I understand to be embraced within that shorthand description [“hard-core pornography”]; and perhaps I could never succeed in intelligibly doing so. But I know it when I see it, and the motion picture involved in this case is not that.” 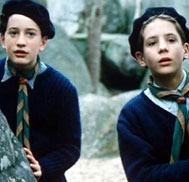 Books about writing screenplays will all tell you that you should write what you know. It makes your script feel more natural, more realistic, and more relatable. Malle plumbed the depths in this regard. For instance, Au Revoir les Enfants is based on Malle’s own childhood. To a lesser degree, he drew strongly from his own experiences when creating Murmur of the Heart and Lacombe Lucien. He created …And the Pursuit of Happiness– a documentary about the immigrant experience in America- at a time when he was becoming an American citizen.

The strongest example of the way that Malle made films personal came in The Fire Within. Malle adapted Pierre Drieu La Rochelle’s book into something more modern, something more relatable. At the time it was adapted, Malle was something of a wünderkind. He had attained massive success with films like The Lovers, Elevator to the Gallows, and The Silent World, all before turning 30. The notion that he may have already peaked, and his own personal demons, took him to a very bad place. And it’s from this place that he created the adaptation of The Fire Within. He even went so far as to suit Maurice Ronet’s character, Alain Leroy, in Malle’s own clothing.

The Camerawork
More than any other director that I’ve seen, Malle understood that people don’t need a director’s influence to tell a story. The camera, left to its own devices, is the perfect instrument to capture humanity. He’d playfully get involved from time to time (in his documentaries). But even then, he became part of the film. Half the fun wasn’t what people were doing; it was the way they reacted to Malle. Each one of his documentaries exemplifies this notion. It even bleeds into his non-documentary films from time to time. If anyone had the ability to make me like My Dinner with André, it would’ve been Louis Malle. Here are a handful of great examples of Malle’s deft camerawork. The first is from God’s Country, a documentary about the economic climate in Minnesota farm country in the 80’s. The second is from The Fire Within (I apologize for continuing to bring it up, but it’s my favorite film). Note how the camera is used to build the protagonist’s frenetic state as he is on the verge of falling off of the wagon. Note how it captures life going on all around him, and juxtaposes it against his own rotting state:

Tagged as ...And the Pursuit of Happiness, Au Revoir les Enfants, Elevator to the Gallows, Film, French Film, Lacombe Lucien, Louis Malle, Movies, Murmur of the Heart, My Dinner with André, Pretty Baby, Taboo films, The Fire Within, The Lovers, The Silent World