1001 Movies You Must See Before You Die: The Update 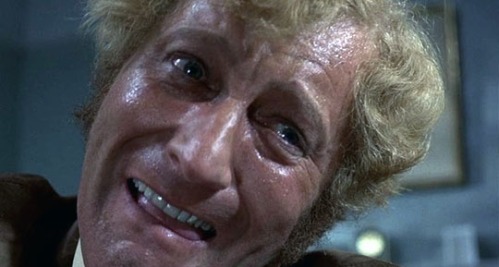 –
A few months back, I mentioned my discovery of a book called 1,001 Movies You Must See Before You Die. At the time, I was at 459 films seen out of the full 1,079 (78 other movies have appeared in updated editions of the book; ergo 1,079 and not 1,001). I’ve managed to tackle a few more since then, hopefully alleviating at least a few occurrences of “HOLY MOSES IN CHOCOLATE UNDERPANTS, YOU’VE NEVER SEEN THAT?!?!” that I hear occasionally. Since the first listing, I’ve seen:

Les Vampires (1915)
I mentioned my thoughts on this film, or film serial, at the end of February.

The Wheel/La Roue (1923)
Similarly, I tackled this silent epic in February, and left my comments here.

This worked as one of the first Lon Chaney (Sr.) films that I’ve seen and his work was impressive. How impressive was it? He played the part of a man with no arms, and did most of his lifting with his feet, not unlike a monkey. I’ve picked up a dropped item a time or four with my foot but I didn’t do it while acting in a big budget thriller.

Mr. Smith Goes to Washington (1939)
I’ve registered some of my issues with the hokeyness of Frank Capra in the past and Mr. Smith fit right in. That said, the filibuster sequence was excellent and it’s impossible to dislike Jimmy Stewart.

The Red Shoes (1948)
I watched this because I’m coming to trust Powell/Pressburger, and in the hopes that I’d find a ton of references picked up from this film by Black Swan. It delivered. One of the ballet scenes cast an LSD-type shadow, and the editing was really quite impressive throughout.

The Lavender Hill Mob (1951)
Alec Guinness as a nerdy mobster? You bet. I dare you to not like this movie.

Some Like It Hot (1959)
This was one of the true revelations of my “1,001 Movies To See” viewing. Marilyn Monroe was Marilyn Monroe (nothing to dislike there), but the surprise was in the humor coming out of Jack Lemmon and Tony Curtis. 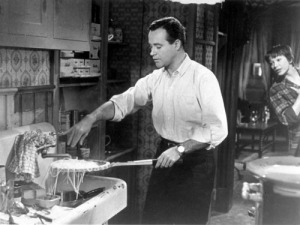 If Some Like It Hot cracked my eyes open with regards to Billy Wilder, The Apartment is the reason I’ve recently cast my gaze completely towards his films. It was nothing short of amazing and took really quite a dark turn, all things considered.

Marnie (1964)
Perhaps the real twist here is that in the end, it winds up being quite an un-Hitchcocky Hitchcock film. Oh, sure, all of the usual trappings were there but it wound up in a very different place from most Hitchcock films. Certainly not my favorite Hitchcock film, it was still very solid fair.

Straw Dogs (1971)
Wow. With each passing Peckinpah film, I find myself with a new favorite. In the very least, this one is a strong contender with Bring me the Head of Alfredo Garcia for my favorite. The buildup to, and release attained in, the last 15 minutes left me speechless. The trailer:

Frenzy (1972)
I was a bit leery here because it’s late-career Hitchcock. As it turns out, I had no need to be worried. In fact, go ahead and mark me down as enthused to see anything and everything Hitchcock ever made, even if I’m not even halfway there yet.

Enter the Dragon (1973)
Technically, I haven’t seen this yet but it’s sitting on my coffee table and I’ll have an update very soon.

Tagged as 1001 Movies You Must See Before You Die, Film, Frenzy, La Roue, Les Vampires, Lon Chaney Sr., Marnie, Movies, Mr. Smith Goes to Washington, Some Like it Hot, Straw Dogs, The Apartment, The Lavender Hill Mob, The Red Shoes, The Unknown