This Sunday, the Academy will summon Billy Crystal from beneath his bridge yet again to host the 84th Academy Awards ceremony. It’s an event that draws the most devout cinephiles and the most casual of moviegoers. Movie geeks everywhere have been ramping up preparations for the event for weeks, entering Oscar pools, making plans for Oscar parties, and writing their own missives about which films should win. But not this movie geek. When the show kicks off this weekend, I won’t be watching.

I just sprained my eyeballs by rolling them too hard.

It all begins before the actual ceremony, with obnoxious press and paparazzi drooling over the most vapid details. Which celebrity came with that other celebrity? Who are you wearing? Because “what are you wearing” isn’t a nauseating enough question. And people watch this, like nerds in the high school cafeteria pining to be part of the “in” crowd. Then the show begins and viewers are dosed with more chicanery.

Admittedly, Billy Crystal has done a good job in past years, but most years are a crapshoot on whether or not the host will be competent. Awards are given for categories that even the most devoted cinephiles couldn’t begin to gauge properly–makeup, short film, sound mixing, etc… And then the winners give their thank you speeches. I’m truly glad that these people are given a chance to shine. I really am, because so many of them are behind the scenes and deserve the praise usually reserved for actors, actresses, and directors. Still, most viewers don’t even know the people listed in the stars’ thank you speeches. There is virtually no chance that viewers will have any clue who the sound mixer is thanking. Again, don’t misunderstand me. I think it’s fantastic that these people get their moment in the sun. They deserve it, and then some. But it’s a stretch to ask the average viewer to care, especially when viewers are so woefully equipped to properly gauge the true quality of their work. 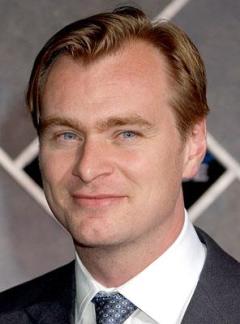 Don't even think about dropping this guy's name at an Oscar party.

Speaking of the viewers, that brings me to my next point. There is a really hilarious trend that’s happened in recent years. Because we live in an age where everything that everyone says must be heard at all times, it’s very easy for audiences to rely on hyperbole to make their point. So not only do they disagree with the Academy choices. It takes on a life of its own. “_________ (their favorite film or performer) was robbed!” and “I can’t believe they nominated _____ instead of ______!”. There’s also an accompanying cynicism about whatever film wins the Best Picture, or whichever performer wins their respective award. The average fan loves to poke holes in something if it’s considered the best. Just once, I’d like to hear someone say “The Academy sure got it right this year”. But there’s always some cynical narrative about why the best picture winner was given the award. Far too many people are unwilling to acknowledge that maybe, just maybe, the Academy made the correct choice. That isn’t to say that the negative attitudes aren’t warranted sometimes. Surely, they are. But the hyperbole with which the opinions are presented are irksome.
Note: I’m fully aware that I’ve done this through the years as well, but I promise I’m trying to break the habit.

And how about the Academy? Ruth Maramis at Flix Chatter recently posted an infographic from the L.A. Times featuring the demographics of 89% of the Oscar voters. 94% are white. 77% are male. The median age is 62. It’s a bunch of old white guys. I don’t have anything against old white guys. Hell, I’ll be an old white guy one day. But those demographics seem extremely incestuous, don’t you think? With a dearth of females, minorities, and the under-50 crowd, the Academy’s opinion is almost exclusively coming from one demographic. When you’re talking about something as wildly subjective as opinions about an art form, like film, you would at least want an Academy that’s representative of the overall US population. No wonder there’s so much shouting about the winners of the awards. They’re being given out by a group that doesn’t represent the attitudes and opinions of most viewers. I don’t want to go all-out and say that the lack of diversity on the Academy renders the awards meaningless because I’m sure the Academy members are full of wisdom, talent, and experience. But the lack of diversity certainly calls things into question that should never be in question.

But I’m not all bitterness about the Oscars. The truth is, if you’re one of the many people who will be tuning in, who gets excited about fashion and star-watching, who enjoys the thank you speeches and the hosts, I’m happy for you. I’m thrilled for you. I have no interest in telling people that they shouldn’t watch, or that they’re making a mistake in watching. Far from it. It’s the one night a year that viewers worldwide can focus on a medium, cinema, that we all love. Having so much attention lavished upon filmmakers and their craft is never a bad thing. And I really enjoy finding out which films were honored. Flawed though the process may be, films bestowed with such an honor clearly have merit, and the list of winners gives me a guide to which films I may have overlooked and need to see. Just don’t expect me to watch the ceremony.

Tagged as Demographics of the Academy, Film, Movies, Oscar Awards, the Academy Awards