As regular readers of this site know, I’ve made it my goal to watch the entire AFI 100 Years, 100 Laughs list in 2012. When I started the process, I had already seen 57 films, leaving me with 43 to watch. It’s more or less consumed my movie-watching this year, and with good reason. It’s been an enlightening experience. Admittedly, I’m putting the cart before the horse here a little bit. I still have three more to go before I can cross everything off the list. That said, I’ve enjoyed the 40 that I’ve seen enough that I wanted to share some observations.

Adam's Rib: one of many pleasant surprises, starring my new (old) favorite actress.

One of the ancillary benefits of watching the films on this list is that it’s introduced me to so many directors and especially actors. I was obviously familiar with many of the names involved, but hadn’t actually seen much (or any, in some cases) of their work. For instance, Spencer Tracy and Katharine Hepburn’s alliance in many movies is legendary. And yet, I’d never seen them on screen together before starting this list. Two of their joint ventures- Guess Who’s Coming to Dinner (1967) and Adam’s Rib (1949)– are two huge highlights of the films that I’ve seen. They also each appeared in several other films on the list separate from the other, and those have all been fantastic as well. I’ve always been a fan of Hepburn and this list has only fortified why I’m a fan of Hepburn. Frankly, she’s leapt into the role of my all-time favorite actress.

Two of the Hepburn films that didn’t star Spencer Tracy featured Cary Grant as one of her male leads- The Philadelphia Story (1940) and Bringing Up Baby (1938). I’d seen plenty of Cary Grant through his many roles in Hitchcock films. However, I was completely unaware that he had a comic persona. He’s in a whopping eight films on the list, more than any other actor. I’ve enjoyed all of them, with Mr. Blandings Builds His Dream House (1948) serving as my favorite. Thanks to this list, I now have a greater appreciation for Grant’s talents.

Albert Brooks is another one. My whole jaunt through the list stalled for a few weeks because I was so enamored with Brooks’ comedy that I wanted to watch more of his films, whether they were on the list or not. Rather than wiping out more 100 Laughs films, I was watching more Albert Brooks. The funny thing about it is, he’s only in three films on the list and only stars in two of the films- Broadcast News (1987) and Lost in America (1985). He’s also in Private Benjamin (1980), if only briefly… and memorably. I didn’t even like Broadcast News that much. But I enjoyed Lost in America enough that it inspired me to get bonus laughs out of the rest of Brooks’ work, list be damned. 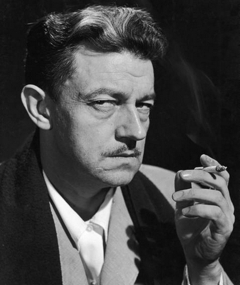 The list has introduced me to two directors, specifically. I’ve previously waxed on and on about Preston Sturges, and at least part of my admiration is thanks to this list. In fact, my favorite film on the whole list has been Sturges’ The Miracle of Morgan’s Creek (1944), a tremendously subtle but subversive satire of the absurdity of Hollywood’s production codes. The other director is George Cukor. I’d never once heard Cukor’s name until I started tackling this list. Four of his movies made the cut, including two that I graded 5 out of 5 stars- the aforementioned Adam’s Rib and Born Yesterday (1950).

One recurring theme that I’ve picked up from the list is that many of the films aren’t necessarily the funniest films ever made. Rather, it seems that the AFI made a list of the best movies ever made that were also comedies. When I think of Guess Who’s Coming to Dinner, I think of the massive and important (and gutsy) social statement it made first, and the comedy second. The same applies to Adam’s Rib and the blunt way that it deals with gender equity.

That’s not to say these movies aren’t funny. Far from it. One of the best parts of the list is that nearly every single movie on the list has made me laugh at least a few times. Watching these films really forces you to sit down and evaluate what makes comedy timeless. A lot of humor on the list falls flat through no fault of its own. Time has simply eroded away the humor, taking what was once topical satire and making it ordinary. I think that aspect has helped me become a better movie-watcher because it has forced me to put films into the context in which they were made. 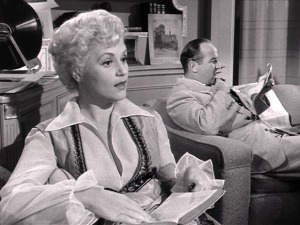 Born Yesterday sort of plays out like a classic Hollywood prequel to Tony Soprano's life.

Yet another way it’s helped me as a movie-watcher is that it’s forced me to break down some personal barriers. My distaste for two particular genres is well-known. I’m not a fan of romantic comedies or musicals. And yet, there are several films on this list that I’ve enjoyed to varying degrees that fall under both of those umbrellas. Nearly every one of the Hepburn films that I’ve loved so much has been a rom-com. Cat Ballou (1965) borders on musical and I was stunned by how much I enjoyed it. I found a place in my heart to appreciate When Harry Met Sally (1987) and even Singin’ in the Rain (1952). These are precisely the kinds of films I would’ve wrinkled my nose at in years past, and now I’m singing their praises.

Cat Ballou was just one of many films that I never expected to enjoy, only to be pleasantly surprised. Auntie Mame is first and foremost among them. Not only did I laugh heartily, but I’m also wondering how it was left off of the AFI’s top 100. 9 to 5 (1980) is another film I never expected to enjoy. And yet, Lily Tomlin’s devilish twist on Disney fairy tales in that movie is as funny as anything you’ll find anywhere else on the 100 Laughs list. Ball of Fire (1941) didn’t intrigue me in the least, but was completely worth it just to see the stoic Gary Cooper hamming it up as a nerdy encyclopedia writer.

Ok, I'll make one quick recommendation. If you haven't seen this guy's movies, I recommend you do so.

At this point, you’re probably wondering if I have any recommendations for specific films. I’ll have more on that a little later in a larger project I’m working on. You’ll see it in the coming week(s). The truth is, there are only three, maybe four films on the whole list that I genuinely disliked. And even that has as much to do with personal preference as it does anything else. I’m not even going to mention them because I’d hate to spend all of this time saying great things about the endeavor and leave it on a sour note. Consider this my full endorsement of the list.

13 responses to “The AFI 100 Laughs Experience”