Wes and Me: A 30-Something Fan’s Relationship With a Filmmaker

Films, filmmakers, and actors/actresses define eras of your life. It’s bound to happen when you’re a hardcore movie-watcher. Name any on-screen (or even off-screen) personality, and I can tell you when I became aware of their work. One day in the fall of 1998 when I was 22 years old, my friend and I made a trek to Eastgate Cinema in Madison, Wisconsin. Our goal was to see a smaller, indie film that just happened to star Bill Murray. The name of the film was Rushmore. Little did I know that I’d be following that filmmaker, watching him grow and stagnate, achieve and fail, through my early adulthood.

Wes Anderson’s films could be uncomfortable to some. O R they?!?!

I had a strange reaction to Rushmore. I thought that it was hilarious. I also felt extremely uncomfortable because Max Fischer’s awkward teen behavior cut a little too close to the bone. After all, I was just six years removed from those years. All the same, I was impressed by the film. When the film hit VHS (because VHS was still a thing then) months later, I re-watched it and loved it. Apparently your 22nd to 23rd year is the one where you forget teenage awkwardness. Then The Royal Tenenbaums came out in 2001. I howled like a hyena throughout the movie, enough so that I actually annoyed other people who were watching it with me. Suddenly, there was a director I could recognize and appreciate as part of my generation.

Wes Anderson released his next film- The Life Aquatic with Steve Zissou– on Christmas day, 2004. I was 28 by then, and I’d since seen- and been disappointed by- his debut film, Bottle Rocket (1996). But I still had loved Rushmore and Tenenbaums. And so I rushed home a day early from my Christmas with my family to see The Life Aquatic as soon as possible. I was… disappointed. I enjoyed the movie enough but it had lacked the sizzle of Rushmore and Tenenbaums. And yet, I remained firmly in Wes Anderson’s camp. Zissou  was the fourth of his films that I’d seen and I hadn’t really hated anything he’d made. At worst, he was a victim of his own success for me. At best, he was one of the few filmmakers of my generation making artistic, but highly accessible, films. I think it’s worth noting that I’ve since gained a broader appreciation of Zissou, much like Rushmore. And whatever I thought of the film, the soundtrack from Zissou served as the soundtrack of a very happy 2005. Anderson’s soundtracks have always been gold. 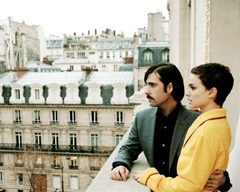 Next came The Darjeeling Limited and the Hotel Chevalier short in 2007. At the time, I only had a few weekends free to catch the movie in theatres in St. Louis. I missed the boat, and wound up watching the film in 2008. By that point in my life, I had started watching better films and trying my damnedest to learn more about the veritable guts of filmmaking. The years between Zissou and Darjeeling were the years that Kurosawa, Bergman, Malle, and Buñuel blew my mind. It was an odd experience, looking at a filmmaker I liked when I was- basically- a troglodyte when it came to film appreciation, with this new knowledge. And yet, it held strong for me. I thought that the little flourishes that Wes Anderson had put into Darjeeling- the suitcase at the end, the father, the tip of the cap to Indian cinema- had pushed it to a higher level. Realistically, I was simply aware of things that I wasn’t aware of before. Whatever the case, I had found my stride with Wes Anderson again.

The next Wes Anderson film was The Fantastic Mr. Fox in 2009. I saw this over Thanksgiving weekend with my oldest nephew, who was 12 at the time. I got a huge kick out of the fact that his reaction was eerily similar to my own first exposure to Wes Anderson, with Rushmore. He said that the film was really, really weird (I’m paraphrasing, but not by much). But he had liked it and thought it was funny. Personally, I had enjoyed it a ton. By then, I was familiar with Wes Anderson and I knew what to expect. It had delivered in every way. Wes Anderson couldn’t even make an animated film without giving up his tropes- the nostalgic feel of things (it came from a Roald Dahl book, a children’s classic from 1970, and seemed possessed by animation from that era), the son struggling with his father, the amazing soundtrack.

Along the way, Wes Anderson’s films developed a nasty reputation. Some folks feel that his films don’t resonate with them. Still others point out his tropes in humorous ways. For instance, there’s this, this (jump to 1:12), and the Wes Anderson Bingo Card. He’s got daddy issues, he’s too quirky, he’s a hipster… These are the charges leveled on Wes Anderson’s first 14 years of work. It leaves me very conflicted. I’m a fan of Wes Anderson. I think that he’s an auteur in ways that few filmmakers are in my generation. And yet, I can’t deny the charges leveled against him. There’s a great deal of truth there. 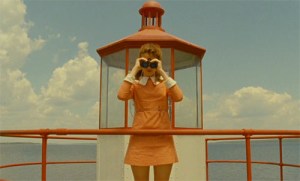 Hello yellow filters, my old friend. I’ve come to talk with you again.

Here we are almost 14 years since I was introduced to Wes Anderson. Moonrise Kingdom has hit theatres. Yet again, personal circumstances and limited availability are making it difficult for me to see a Wes Anderson movie in theatres, just as was the case with Darjeeling. And yet again, a Wes Anderson film marks a moment in time for me as a filmgoer. My reaction to his films has been a metronome for my own film appreciation. With each step that he’s matured as a filmmaker, so too have I matured as a film watcher. Wes Anderson and I have reached this point (sort of) together. I think it’s hilarious, both as a parody of Anderson and a testament to the way that his films have been a part of my life, to ask: this time tomorrow, where will we be?

26 responses to “Wes and Me: A 30-Something Fan’s Relationship With a Filmmaker”