A few weeks back, I started running contributions from some of my favorite film critics, writers, and theorists from around the internet. The series ended… but has officially been resurrected, as I’ve obtained new contributions. Each writer is listing their top 10 from the Criterion Collection. Today, the series turns to Québec with a contribution from Michaël Parent. Michael and I share a large appreciation for French cinema, and it comes naturally to him. That’s because he’s actually French! (ok, French-Canadian, which is close enough in my book) You can find Michael’s work over at Le Mot du Cinephiliaque or on Twitter @parentmichael.

Michael: Back in the early 2000’s, World Cinema and Independent film was new to me, so to get it by Criterion and its amazing selection of films was quite something. I remember being impressed by the titles of films added to the collection having no idea what was the film, the director, and its impact on films. Even today, the new releases are a pleasure each time the newsletter comes in and getting a new Blu-Ray from the Collection is always like openning a pack of sports cards when you were a kid. You knew it was gonna be awesome. Each time you put the precious disc in the player and the Criterion logo is spinning on the screen there’s something very difficult to describe but it is unique.

The ten films listed here include films that are all in the list of my 100 favorite films of all time. It was hard at times to not include gems like Sanjuro, Hidden Fortress, Hausu, My Night at Maud’s, or Sword of Doom and to let down masterpieces like A Woman Under the Influence, Ikiru, Tokyo Story, Rules of the Game, Stagecoach, Paths of Glory, Lola Montes, Modern Times, Breathless, and lots of other great titles. 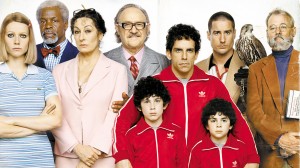 1. The Royal Tenenbaums
Wes Anderson’s greatest achievement was probably the first Criterion Collection DVD I ever owned. Not knowing what it would be like, I bought it just for its cheap price and the endless big names cast. What I got was a film that even today is one of my top 10 favorite films and one of the movies that touched me deeply more than many other great films in this collection. Having struggled with my father not knowing who the man was really and how he always managed to get out of our lives, the tale of Royal Tenenbaum (Gene Hackman) trying to catch up with his talented but weird family with a lie, my own father was a professionnel liar and couldn’t even tell is true and which is lie when talking, has been a relief and a piece of understanding in my own life.

Sometimes when I watch this movie I have problems trying not to cry and I would finish this film with tears on my cheeks even if those events were fictional. The off balance comedy of this great offering by Anderson is now a landmark of Independent American Cinema and represents everything I like about a Wes Anderson film : the amazing cinematography, the caricatural greater than nature characters, his keen use of music, the bright warm colours, the genius kids trying to get their father’s attention, and the off beat comedy. And I almost forget all its quirky hipster shit that pisses off its detractors.

2. 8 ½
Federico Fellini was a revelation to me when I started digging into more foreign classic films and his influence on contemporary filmmakers is countless. Most notably Woody Allen’s Stardust Memories and Tim Burton’s Big Fish are two of the most recognizable films influenced by Fellini’s 8 ½. Buying this two disc set represented the most money I spent on one movie and I don’t regret a penny I spent on it. It’s yet another eccentric film about inspiration, creativity, artistry, how an established artist must meet his fans’ expectations without compromising with his vision and his desire to accomplish himself.

The maestro and his alter ego Marcello Mastroianni have made the pattern for one of the greatest and most personal movie of all time. Beating by an hair Fellini’s own La Dolce Vita, 8 ½ still stands strong amongst film critics and cinephiles from all over the world. It is far from being the usual film and it is a clear departure from Italian Neo-Realism, which in my opinion Fellini never really was into because of the personal imprint his films carried and how it is not documentary oriented like his peer Roberto Rossellini with his masterpiece Journey to Italy. 8 ½ should be a revelation to any young film enthusiast and is one of the most beautiful films of all Criterion’s catalog.

3. Pierrot le fou
Of all the filmmakers out there, few let such a strong impression on his viewer. From his lack of respect to filmic conventions or the inevitable coolness of his early œuvre, Jean-Luc Godard attacked Cinema and annihilated everything about it. All this to start from scratch and reinvent everything. He did it with passion, anger, and a thirst for recognition. After Orson Welles, Godard is the second greatest enfant terrible of the seventh art.

Of all his early movies I could have chosen without thinking five films but I’ll stick with Pierrot le fou for its mix of the genres and it is the one I had the best time watching. With Jean-Paul Belmondo and Anna Karina, this Bonnie and Clyde rip-off of MGM musicals is everything a cinephile would want to dream about: the best from a brilliant creator. Just like a very blissfull Tarantino moment in a Tarantino film, you know the part where you can’t do nothing but smile in pure pleasure and you are at the edge of your seat. Well, Pierrot le fou is that kind of movie without a doubt. Pure pleasure. 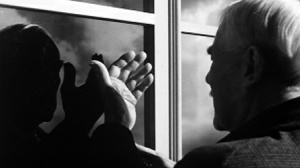 4. Wild Strawberries
One thing is sure about Ingmar Bergman and Criterion Collection, Bergman populates the collection with a huge and almost complete presence. His major films are all offered on these juicy/wonderful sets. Having to choose one, I picked my all time favorite from the great Swede; Wild Strawberries. My own shelves have many of Bergman’s Criterions: Cries and Whispers, The Magician, The Virgin Spring, The Seventh Seal, and Fanny and Alexander just to name a few. The movie that Bergman made that almost always comes to my mind is Wild Strawberries. It is a road movie that catches the life of a man who sees his life and has to meet his past. When I started reading about Bergman and discovering his films he was already an old man and I kept the idea of him as this main character portrayed by Victor Sjöström. Even if for most of Bergman enthusiasts he is Erland Josefsson, I think of Bergman as Wild Strawberries’ old professor. Still today in my memory Bergman is this old philosopher trying to catch a glimpse of his past.

5. Black Narcissus
The Archers was the name of the production company that united Michael Powell and Emeric Pressburger. Almost every film of their filmography have been inducted into the Criterion Collection and of the great package that represents Black Narcissus stands out as one of the most violent, religious, and erotically charged film they ever directed. The Red Shoes can be designated as their masterpiece, but this India located story with a group of nuns trying to make their place to preach isn’t what you would expect at first. However, the settings and a past of love will ensure them to have more than they can handle. It is surprising, elegant, flamboyant, and somewhat erotic for a film made in 1947. 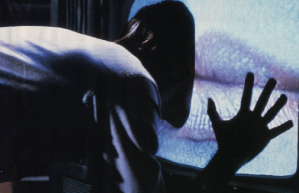 6. Videodrome
For anyone who has never seen David Cronenberg’s Videodrome, it is a film that can’t be presented because you would not believe Cronenberg’s story and how he could be such a visionary about the human behaviors. Within a few minutes Videodrome became a favorite of mine and its famous scenes of transformation are just emphasizing how much satire about the degradation of social extremities and the underground movements. It is also on how appalled and passive we are and how much we need such extreme stimulation to get a kick out of something. It is also how we can get used to anything and ask for more. I just think about the internet and how much bullcrap you can find that people consumate each day to get impressed, excited, or to feel more alive. 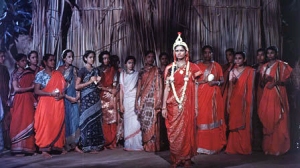 7. The River
Jean Renoir and his Cinema have influenced more film directors than we actually think. Just like John Ford, Renoir is in the Pantheon (read Andrew Sarris for more information) of films and despite the fact that The Rules of the Game is my third favorite film of all time, The River shot in India with great use of the Technicolor and a wonderful immersion into a country that fascinates me for its culture and great impression it lets on me.

With The River, we are into what I would call an underrated mastepiece that takes us on a trip with this English family as the strangers in this strange land.

It is not a secret that The River had a huge influence on Wes Anderson’s The Darjeeling Limited after the later was shown a print by Martin Scorsese himself also a big fan of The River.

8. All That Heaven Allows
I must admit to love Douglas Sirk’s melodramas to a certain point where the average moviegoer would think that my virility is in question. However, anyone who has enjoyed a Pedro Almodovar film, a Rainer Werner Fassbinder film, a Todd Haynes film, and even a Quentin Tarantino film can relate to my feelings about Sirk’s cinema. The bright colors and obvious indoor sets of All That Heaven Allows are only factices to support the story of social outcast and suburban evolution. Sirk, being a foreigner in America had a clear vision of the USA of the 1950’s in all its idioms and social conventions. He was the one who tricked them to face their contradictions and present it in a sugar coated format full of what would become the soap operas of the many decades until today.

No one can say he hates melodramas until he has watched a Douglas Sirk picture. For some reason, let’s say the Christmas time of All That Heaven Allows made me prefer it to the equally enjoyable Written on the Wind.

9. Mon oncle Antoine
The first Québécois picture in Criterion’s awesome catalog is by far our greatest masterpiece from director Claude Jutra. This coming of age story is a sociological study of a mining village in Québec on Christmas eve. In this unique film one has to notice every little detail and how its inhabitants live. It is almost a documentary on the life of workers of the Province of Québec. 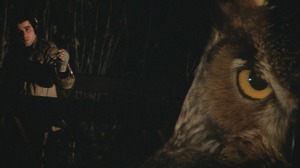 10. Blow Out
In all my love/hate relationship with Brian De Palma’s films, Blow Out has always been a film I highly appreciate. It is also the first De Palma I ever watched in my teenage years of discoveries along with other cult classics. The perfect execution of the thriller, linked directly to Michelangelo Antonioni’s Blow Up and his mandatory Alfred Hitchcock textbook, Blow Out is the perfect blend of a talented young De Palma with the rising star of John Travolta as his male protagonist.

Yes the aesthetics are overbearing and De Palma’s signature is all over the place but still, it is memorable and enjoyable. They don’t make them like that anymore.