The Soundtrack Series takes a departure from the norm today. Typically, the series has featured filmmakers with massive filmographies, providing lots of scenes to choose from for the series. Today’s choice, Edgar Wright, has directed just three feature films. And so it should speak volumes for how impressive the soundtracks have been for Edgar Wright films that he can be included in a series that has also featured directors like Stanley Kubrick, the Coen brothers, Martin Scorsese, and Wes Anderson. Here is the Soundtrack Series: Edgar Wright.
END_OF_DOCUMENT_TOKEN_TO_BE_REPLACED

Tagged as Edgar Wright, Film, Hot Fuzz, Movies, Scott Pilgrim vs. the World, Shaun of the Dead, The Blue Wrath, The Soundtrack Series, The Village Green, We Are Sex Bob-Omb

Occasionally when screenwriters run out of monstrous things to include in their cold-weather scenes, they’re forced to dig deep into their well of creativity. Sometimes, they’ll use polar bears. Other times, they use hypothermia. Still others, they use cabin fever. Perhaps the most underused scary cold-weather thing device is the yeti, a.k.a. the abominable snowman. Here are nine instances of the yeti in pop culture: END_OF_DOCUMENT_TOKEN_TO_BE_REPLACED

The horror genre’s culinary equivalent is the mushroom. If you like it, you love it. If you don’t like it, you’re repulsed by it and probably won’t go anywhere near it. At best, you might put up with mushrooms (or horror films) for the sake of a date. But you won’t enjoy it. As for me, I love mushrooms and wish they were in every dish I ate. Here are some non-horror dishes that I’ve given a new flavor by adding mushrooms. Er… I mean, horror. 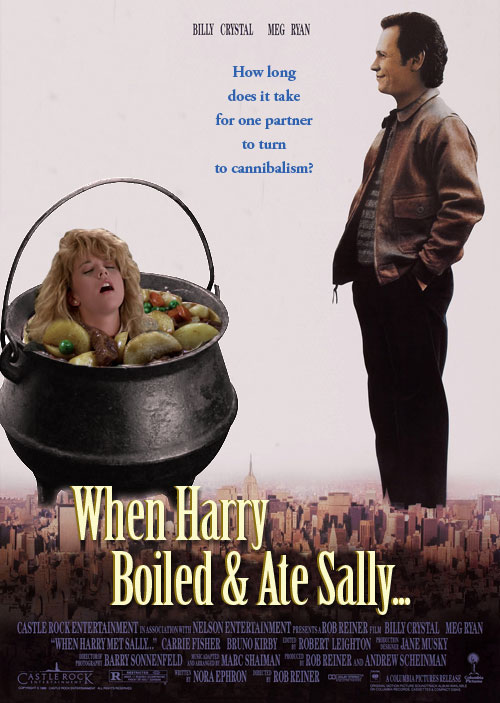 The Movies That Have Influenced Edgar Wright Films

I’ve made no bones about how much I enjoy the films of Edgar Wright. They’re hilarious, they’re smart, they’re extremely well-written, and they’re ripe with subtle humor. Most importantly, it’s extremely obvious that Wright is a humongous fan of cinema. He delights in making one reference after another to every kind of movie imaginable. And like his friend and cohort Quentin Tarantino, the myriad of references work to build a pastiche, which ultimately creates something completely unique at the end of the day. He’s the movie lover’s movie director. Just how deep do these Wright references go? Using the trivia tracks on his three major releases, I’ve compiled all of the movies that are specifically mentioned in the trivia tracks, plus one more that I caught on my own. Here they are. Click on the images for full-res versions. Odds are good that you’ll be surprised by at least a few of the movies that were used to inspire sequences and scenes and soundtracks in these films. And frankly, these are only the films specifically listed in the trivia tracks. You can find a larger list at the IMDb Movie Connections pages for Shaun of the Dead, Hot Fuzz, and Scott Pilgrim vs. The World.

Editor’s note: when I tweeted these infographics, I received feedback from Mr. Wright (which is awesome) and I’ve gaffed in including a few films. I’ve edited the images and the incorrect references that I’ve been made aware of have been removed. Additionally, more references from Scott Pilgrim have been added: 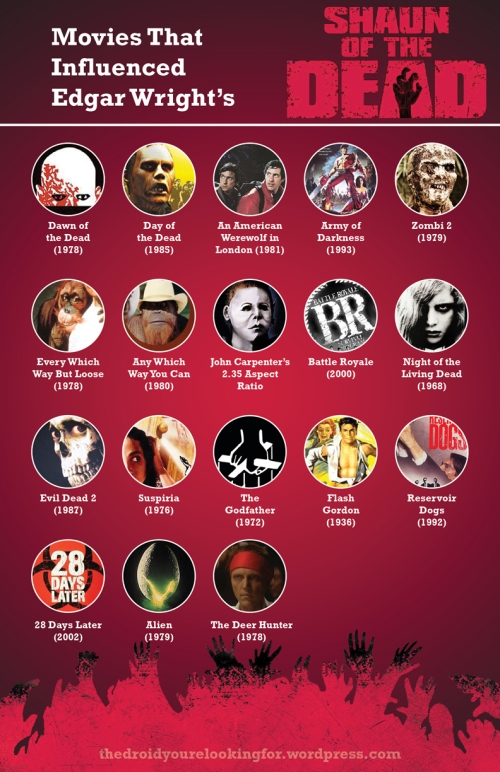